You can generate new keys directly from each and every reservation in Previo.

You will see the list of all generated keys. Keys can be loaded to access cards (card icon) or send to mobile phone (phone icon).

If you click on button with green plus you will have two possible options:

Select any of the options stated above and you will see this key settings.

First generated key will always be original no matter if it is card of phone key. Next keys for the same room will be copies of the original one. You cannot have copy of key without original key.

After confirmation the encoder will start to flash. Put the card near to the encoder in order to load the key. If you generate more card keys at once load the keys like this one by one.

Mobile key is very similar to card key but you do not need to have the encoder.

Guest will receive his “access” to selected phone number. It is vital that guests has Salto JustIN mobile app installed in his device. App is available for both Android and iOS.

You can cancel the key using red cross button or Key loss button in the low part of the tab. Both options work very similarly – keys will be deleted from the list and they will no longer remain valid. 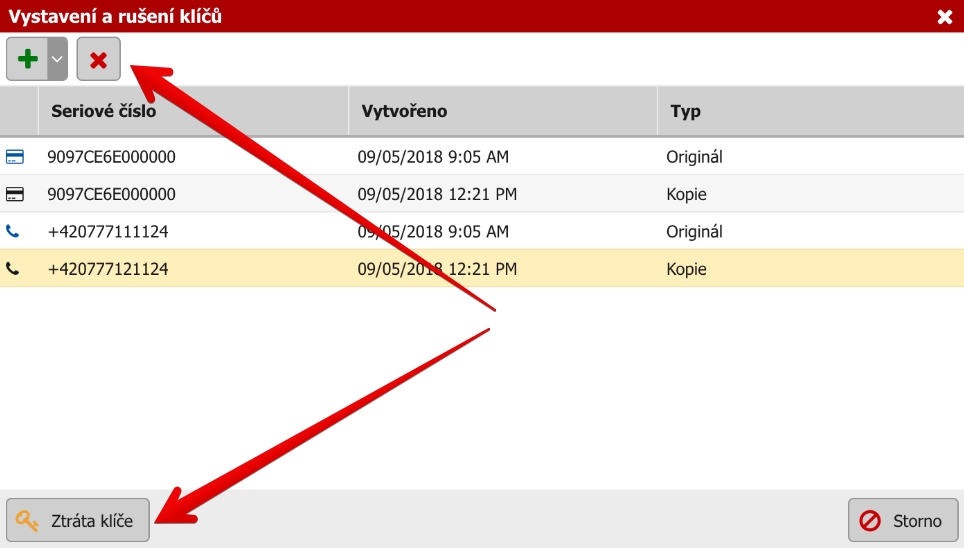 Keys also have time expiration which is identical with the end of reservation. Guest will not be able to use expired key to open his room, but the key will remain in the list and you have to delete it manually.